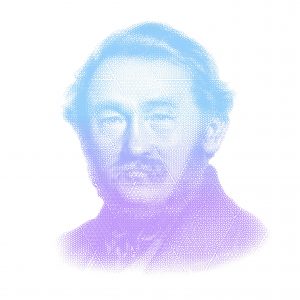 Joseph Petzval (6 January 1807 – 19 September 1891) was a mathematician, inventor, and physicist best known for his work in optics.

Petzval studied and later lectured at the Institutum Geometricum (currently Budapest University of Technology and Economics) in Buda (today part of Budapest). He headed the Institute of Practical Geometry and Hydrology/Architecture between 1841 and 1848. Later in life, he accepted an appointment to a chair of mathematics at the University of Vienna. Petzval became a member of the Hungarian Academy of Sciences in 1873.

Petzval is considered to be one of the main founders of geometrical optics, modern photography and cinematography. Among his inventions are the Petzval portrait lens and opera glasses, both still in common use today. He is also credited with the discovery of the Laplace transform and is also known for his extensive work on aberration in optical systems.